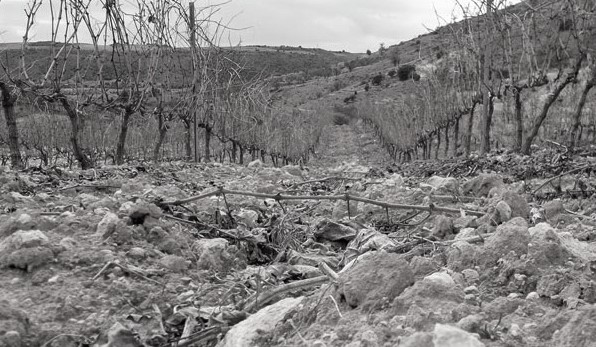 Milénico’s vineyards cover 9 hectares of hillside plots rising up from the Duero river, where the land is too poor for other crops but perfect for vines. Patience and respect for nature are central to these complex, graceful wines. 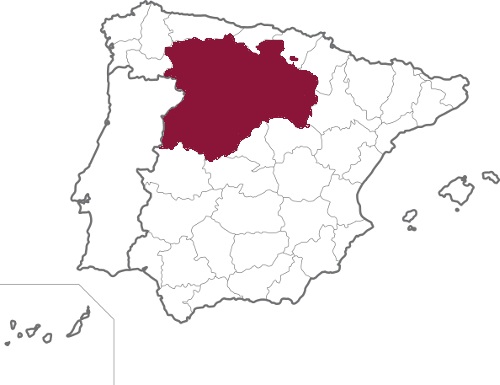 This wine represents two worlds, coming from south-facing vineyards that combine the clayey soils of the valley with the sand and limestone soils of the slopes.  The vineyards are at an elevation of about 800m, planted with the estate’s youngest vines, averaging 20 years old. Harvest takes place in the first week of October and is carried out by hand, allowing careful selection of grapes. A second sorting takes place in the winery, before a week-long chill followed by spontaneous fermentation. The wine spends 12 months in second- and third-fill French oak barrels and six months in bottle before release.

Valdepila is a small valley that runs from the highlands of Ribera del Duero down to the river, promoting ventilation of the vines during hot summer days. This, combined with the cold nights of the region, allows the fruit to reach full maturity without overripeness. Like the other parcels owned by Milénico, these are predominantly sandy with a calcareous influence. Harvests take place in the second week of October, with grape sorting in the vineyard and again in the winery. Fermentation is spontaneous and carried out under temperature control, following a week-long cold maceration. The wine is aged for one year in a mix of new and second-fill barrique, followed by six months in bottle.

The best and oldest vines are used for the flagship ‘Milénico’ cuvée, with vine age up to 100 years. A band of chalk runs through the vineyards, adding firm structure to the wines. With elevation of 900m, these parcels benefit from the coolest temperatures at night, while receiving plenty of sunshine to guarantee full phenolic ripeness. Harvests are carried out by hand in the second week of October, with rigorous sorting in the vineyard and again in the cellar. A week of cold maceration is followed by fermentation in stainless steel. The wine is aged for a year in new barrique followed by a year in bottle.

Milénico’s vineyards cover 9 hectares of hillside plots rising up from the Duero river, where the land is too poor for other crops but perfect for vines. The south-facing slopes provide natural ventilation and maximum sun exposure, while the free-draining calcareous-sand soil restricts vigour, allowing Juan Manuel Jr and his team to work organically in the vineyard. Each plot is vinified separately in a mixture of steel and oak barrels and aged in French oak, with natural clarification occurring via sedimentation during the cold winters. This patience and respect for nature are central to these complex, graceful wines.